Convert Audio Free has created a new software that will create MPG duplicates of WMV files so as to eliminate the compatibility issues of WMV videos when exporting to other devices. 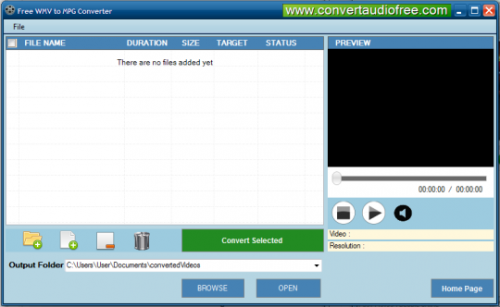 Seattle, WA,, United States of America - - November 27, 2013 /MarketersMedia/ — People now consume media in more ways than ever- not only from more sources with the onset of online streaming services like Netflix but also on more devices, including their mobile phones and even MP3 players. Gone are the days when people only watch digital video on their PCs, which spells the end for the Windows Media Video format supported only by Windows PCs, which themselves have decreased in market share over recent years. Convert Audio Free has created a program to help users handle the transition and easily convert WMV to MPG to make their media library accessible to all devices.

MPG is a far more universal format and is compatible with DVDs, TVs, YouTube and more. Crucially, it is supported by iPhones and Android devices, including tablets that use the same operating systems. The WMV to MPG converter can convert one or a hundred files for users, and best of all, do it absolutely free.

The software can be downloaded from the Convert Audio Free website and other major distributors like CNET and SoftPedia, who recommend the products due to the simple interface and low resource consumption.

A spokesperson for Convert Audio Free explained, “Windows Media Video is a format that was created when 99% of users had Windows PC’s, and before a time when nearly half of people accessed their media through tablets and mobile devices. Back then it made sense, now it does not. MPG has been a reliable and popular format for video and is supported by most modern devices, so we created the WMV to MPG converter to solve a problem more and more people were discovering- that WMV files can’t be played on their other devices.”

About Convert Audio Free:
Convert Audio Free is a leading provider of downloadable software for the conversion of both audio and video files into other formats. After the last two years successfully creating audio conversion tools the company decided to branch into video conversion tools to meet the needs of a growing user base. Found on CNET, SoftPedia and other major resource repositories, their software is loved for its ease of use and reliability.