ENDS IN
Get Your Press Releases for up to 70% off ONLY in September! Save Now
Sign Up Your Account Send Press Release
MarketersMEDIA / Newsroom / Conference of Jewish Affairs Issues a Call To DEFEND, Don’t Defund the Police.

Conference of Jewish Affairs Issues a Call To DEFEND, Don’t Defund the Police. 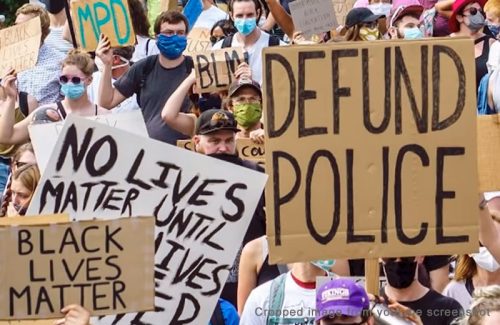 CJA is grateful for the bravery and sacrifice of the men and women in blue, and asks for a nationwide outpouring of people of conscience to show support for police and first responders.

“We at the Conference of Jewish Affairs are appalled, deeply saddened, and angered by the wanton destruction that rioters across the country have wrought in recent weeks. We are witnessing a frightening reign of terror.

“Those who appreciate and respect our police and first responders strenuously reject the irresponsible, dangerous calls to defund and disband our nation’s police departments. We appreciate the police, we respect the badge they wear, and we need fully funded police departments to help protect the lives of people of all races and backgrounds across America.

"Many celebrities, companies, political spokesmen, and organizations think that Black Lives Matters’ cause is exclusive and thus more important than the dignity of our institutions and safety of individuals. They think that loyalty to racial equality means a need to overturn America, her institutions, and much of our population. They feel that smearing and physically attacking police officers, and calling for police departments to be defunded and disbanded, will bring justice. They are wrong. Disbanding our police will bring further violence and chaos to our nation."

"Justice must be justice for all," stated Rabbi Aryeh Spero, "and justice is not limited to one area or group only. It is a false claim that support for justice for George Floyd requires that injustices being perpetrated now by the rioters are to be overlooked. Our fear is that such selectivity implies an actual indifference to the suffering of those who do not fall within the politicized and intersectional claimants in today’s 'victimhood' arena."

"The presence of ANTIFA and other Marxists, the leadership role of 'civil riots leader' Al Sharpton, the presence of the Nation of Islam, and the continuing violence against Americans of all races – reportedly organized and funded by far-Left individuals and groups - all warrant our strong concern."

"We profoundly disagree with the assertion being promoted by many in the media, the Democrat Party, and corporations that America is a country filled with systemic and institutional racism. This statement is deliberately misleading, it is false and wrong. While any police brutality must be rooted out, and, yes, there is racism in America and other parts of the world by individuals, those who are honest and live among the American people know that in today’s America racism is not systemic or institutional."

Rabbi Spero added: "Virtually every American was revolted by the horror of what was done to George Floyd. The perpetrators are being brought to justice. But we also firmly believe that the overwhelming majority of our police force are men and women of courage, devoted to their job and honor their duty to society. We support them, as we similarly support America, our history, past courageous heroes, and the good-willed people of America."

"Leaders and organizations that make such a broad, indiscriminate charge against the police, fellow Americans, and America itself, as being systemically and institutionally racist are expressing a nefarious form of bigotry against the American people and America. Equally alarming, they are fanning the flames of division at a time when we need unity and are inciting further discontent and rioting by the bitterness of their rhetoric."

"Out of over 800,000 sworn law enforcement officers, in 2019 there were only 10 incidents where police overreaction led to a fatality, whereas 135 police officers were killed in the line of duty. In 2018, 58,866 assaults against law enforcement resulted in 18,005 police injuries."

"We call on the American people to contact your local police and communicate your support now. Let your national and local representatives know that you are against defunding the police and against holding them up as a symbol of systemic racism. In addition, please write letters to your local newspaper, post online, call in to radio shows, and share with your neighbors your support of your local police. The police are there for all of us when we need them; we need to be there for them when they need us. Do not be silent."

DEFEND, don’t defund the police is the only way forward.

For more information about The Conference of Jewish Affairs, visit the website: https://conferenceofjewishaffairs.org