Cholesterol-lowering drugs, or “Statins”, have been found to decrease CoQ10 production as a side effect of their action. 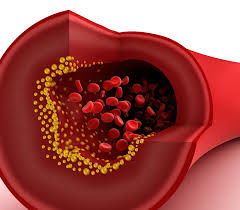 Austin, United States - January 13, 2015 /MarketersMedia/ — There is an ongoing battle with High Cholesterol that may be taking its toll by creating its own side effects. Few people know that the human body cannot survive without any Cholesterol, as it is vital to several bodily functions, like making Hormones. The LDL variety, or “Bad Cholesterol”, is often called a silent killer. If left unchecked to rise to alarming levels, it could be fatal. Scientists created the “Statin” drugs to lower cholesterol, and that they do, but not without a price. Just like any prescription medication, there are side- effects. When these side-effects rise to a clinically unhealthy level, they must be halted.

The current research through some very notable Clinical Studies have confirmed that these Statin Drugs deplete the human body’s level of CoQ10. This is a significant finding, as while CoQ10 is made in the human body, it is not made in abundance. CoQ10 is a fat-soluble antioxidant that is found in every cell in the body, and has a key role in the mitochondria, the part of a cell that produces energy. Coenzyme Q10 is important for the health of the heart, cardiovascular system, brain, teeth, and many other aspects of the human body.

A Columbia University study in New York found that 30-days of statin therapy (80 mg/day) decreased CoQ10 levels by half. Another study by researchers at Kanazawa University in Japan found that smaller doses of statin drugs can also reduce CoQ10. After 8-weeks of 10 mg a day statin therapy, CoQ10 levels decreased by 40 percent. These findings represent an alarming reduction of this vital nutrient, and may explain why people on these Statins exhibit a multitude of chronic health issues.

This CoQ10 killing side-effect of Statin Drugs is now being thought of as neutralizing any benefits of actually taking these drugs, after all, there are all-natural ways of lowering cholesterol. In an article published in the journal Biofactors, Cardiologist and Researcher, Dr. Peter Langsjoen, says: "The depletion of the essential nutrient CoQ10 by the increasingly popular cholesterol lowering drugs, HMG CoA reductase inhibitors (statins), has grown from a level of concern to one of alarm."

He goes on to say: "With ever higher statin potencies and dosages and with a steadily shrinking target LDL Cholesterol, the prevalence and severity of CoQ10 deficiency is increasingly noticeable."

People particularly vulnerable to statin induced CoQ10 deficiency are those: Over 50 years of age. Long-duration endurance exercisers tend to have lower levels of CoQ10. Deficiencies in CoQ10 are very common in patients with heart disease, high blood pressure, diabetes, or low HDL cholesterol. CoQ10 levels are often low in those avoiding red meat and extremely low in vegans. Anyone taking a lipid lowering statin medication.

Nutrusta Ubiquinol CoQ10 is CLINICALLY proven to be 600% more effective—with superior bioavailability and unmatched heart and brain and cellular health benefits. And it is a BIOIDENTICAL formulation, meaning it is closest to your body’s own DNA.