ENDS IN
Get Your Press Releases for up to 70% off ONLY in September! Save Now
Sign Up Your Account Send Press Release
MarketersMEDIA / Newsroom / Chud’e Christian Music Debut Album Crosses Half Million Streams Worldwide

With over half a million streams on his debut album, Chud’e is now becoming the face of Christian music globally. 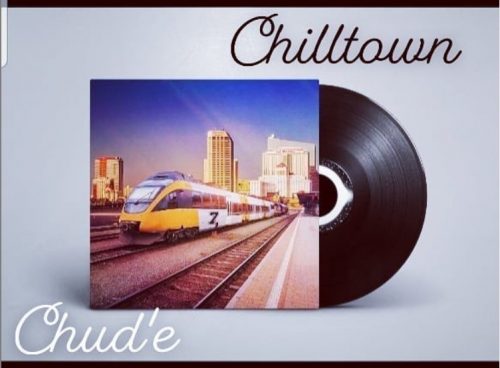 United States - May 30, 2020 /MarketersMedia/ — Chud’e is currently one of the best christianmusic creators; whose debut album is faith/inspirational based music, which already has over half a million streams globally. With a strong start to his music career, the most talked-about aspect is his songwriting capability which made him one of the well-known independent artists in this genre. However, he specializes in several music genres apart from the gospel, which includes pop, contemporary rock, and indie music.

Moreover, he has been featured on numerous major platforms, which is assisting him in becoming popular in this music community worldwide. The CCM magazine, which features the world's greatest and most popular musicians in the Christian music genre featured his christianhiphop songs after just a week of its debut album. It talked about his ability to write inspirational songs and create something magnificent that is soothing and meaningful to all.

Chud’e mentioned recently, “I just want to create music which would touch the human soul and inspire them. My faith/inspirational based debut album offers a simple message about how to stay strong and keep moving in life. Just keep faith in the higher power and you will do well in life.”

Apart from the CCM Magazine, his songs were featured in CHH too which is the world's second-largest Christian hip hop channel on YouTube. As being one of the best songwriters in the business, he is climbing the ladder of success quickly. With time, every critique and expert believes that he is the one to look out for as all his songs pack a powerful punch that combines soulful music and remarkable christianrap lyrics.

Also, Cross Rhythm Radio a prominent Christian radio station has interviewed him where he mentions the love the people gave him for his album keeps him going and will soon be creating more excellent tracks in this genre by collaborating with other quite popular unsignedartists. With so much talent as a musician and songwriter, he was bound to make it big in this industry; however, it is just the beginning of his music career achievements.

Moreover, he will be releasing a series of videos on his YouTube channel this year about world events, health fitness, and more to keep people informed in the best possible way. Apart from the song collaboration with independent artists, this winter he will also launch his merchandise collection.

Chud’e also stated, “If all goes right this year, I will collaborate to create indiemusic too. However, right now I'm grateful and enjoying my success of debut album."

So, after his worldwide popular in the Christian music genre, it is quite exciting to see what comes next from this great songwriter and musician.

About Chud’e:
Chud’e is an independent artist whose debut album’s streaming number is skyrocketing among the Christian music community. With several featured articles and interviews, he has become the most popular artist who will soon be launching his merchandise and drop music tracks with other popular artists in this genre.