Horse racing analyst Chris Castell announces plans to launch an advanced horse racing data software. The software is to be the most advanced of its kind bringing together a wealth of information to those involved within the industry. 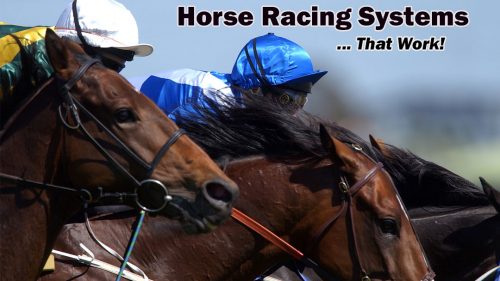 Exeter, United Kingdom - November 2, 2016 /MarketersMEDIA/ — Racing analyst Chris Castell from Horse Racing Systems has recently announced plans to create an advanced data processing software for the horse racing industry. Chris Castell is relatively well known within racing circles and has previously written a number of high-profile articles relating to various aspects of racing. His expertise covers both flat and jumps races and in addition to the expertise of racing, he also has a unique approach in the way that he analyses the meetings.

Chris Castell says that it is easy to become an expert in racing and that all you need to know is how to compile data and which data is important and which combinations should be focused on. He says that knowing what goes with what and the essentials can be a mine field however, and that is why he has decided to code and launch an advanced software application that will carry out all the expertise and time extensive processes.

Chris Castell has in the past created software to enhance his company’s services and to help the customer understand the racing process better. Now, 3 years on, he has announced plans to launch this new high profile software.

Chris Castell says “data on specific races in the UK is available on various websites, but currently, there are very few software applications available to pull the data together in to meaningful information”.

According to Chris Castell, the software will help the users speed up their own race analysis which according to him can take hours for going through just one meeting.

The data, which is to be obtained from the Racing Post will be fed in to the software and processed according to the user’s analysis requirements. This will enable the user to have full control of the data fields and be able to fine tune the information in a fast amount of time.

Chris Castell has been developing and working on the principle and logistics behind the software for over a year now, and is confident that the comprehensiveness of the software will be a breakthrough for both his current customers and for a wider market outside of that.