Sign Up Your Account Send Press Release
MarketersMEDIA / Newsroom / Cheats.co Launches Library of Next Generation Game Cheats for PS4 and Xbox One

Cheats.co Launches Library of Next Generation Game Cheats for PS4 and Xbox One

Cheats.co is a resource center for gamers to find the best cheats available for a huge catalog of video games, including the latest releases on next generation consoles such as the PS4 and Xbox One. 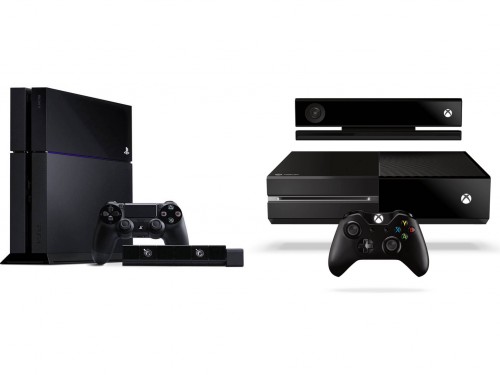 San Francisco, CA,, United States of America - - December 11, 2013 /MarketersMedia/ — Christmas is coming, and the next generation of games consoles have been released just in time to capitalize on the gift giving frenzy that is about to take place. Many people have already purchased their chosen console and look forward to receiving the latest game releases for Christmas, and for these games many people enjoy using cheat codes to get special perks and abilities. Cheats.co is a website dedicated to creating an exhaustive resource of cheat codes, hints, tricks, guides and more and they have recently added new cheats for a whole suite of next generation games.

The site includes cheat codes for Xbox One, Playstation 4 and Wii U titles which have just been released, as well as profiles for games that are yet to be released but are in development. These as yet unreleased game profile pages can then be updated as soon as the games are released.

The site can be navigated by simply browsing the relevant PS4 cheats, Xbox One cheats or Wii U cheats sections, but can also be searched by game title. This means that any gamers look for cheats to enhance their next generation gaming experience should have no problem locating either the relevant game, or the relevant cheat, they require.

A spokesperson for Cheats.co explained, “Playstation 4 and Xbox One consoles are going to be the number one Christmas gifts for video gamers this season, meaning there is about to be an explosion in demand for cheats on these platforms’ latest games. We have prepared ourselves for this demand by listing the latest cheats for the newest games across these major consoles, including cheats for Assassin’s Creed IV: Black Flag, Call of Duty: Ghosts, NBA 2K14, Battlefield 4 and FIFA 14 to name but a few. With the most comprehensive collection of cheat codes for each of these games, there is no reason to look anywhere else this holiday season.”

About Cheats.co:
Cheats.co is the premier source for next generation console cheats, codes, guides, hints, tips and more. Whether individuals own the Playstation 4 (PS4), Xbox One (X1) or Wii U, the site has an expansive catalog of games covered and will help gamers get the most out of their gaming experience. For cheats, codes, guides, hints and tips look no further than Cheats.co.