Caveman Paleo Recipes offers people the chance to use the highly effective paleo diet without having to spend outrageous money at specialty stores and restaurants. 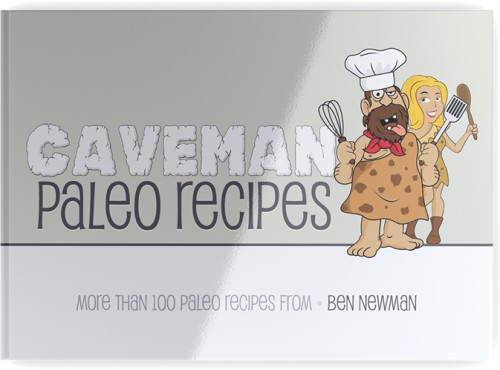 San Francisco, CA,, United States of America - - February 13, 2014 /MarketersMedia/ — The paleo diet promotes a more natural diet informed by anthropological research on the diet of hunter-gatherer man, before famine made farming mainstream and the grain became the chief source of food. The Paleo diet eliminates processed grains and unnatural foods and returns to the foodstuffs enjoyed by hunter-gatherers in early societies- this has been evidenced to promote muscle growth, burn fat and encourage a more robust immune system. However, converting to a paleo diet has remained difficult and expensive for many. Caveman Paleo Recipes is a new book that eliminates these disadvantages once and for all.

The new book contains a guide to how people can easily create delicious paleo meals using accessible ingredients and with a minimum of fuss. The book is designed to educate, inform and inspire and includes over 100 varied caveman recipes for starters, main meals and desserts.

To promote the launch of the book the author and chef have teamed up to create video recipes, cooking guides that take people through the process step by step and are ideal for absolute beginners. With these resources Caveman Paleo aims to make their guide the ultimate paleo recipe book.

A spokesperson for Caveman Paleo explained, “We have created this book because we believe in the effectiveness of the Paleo diet as a means to lose weight or gain muscle, and as a solution for a healthier body and lifestyle, leading to more easily produced and sustained energy throughout the day. The book is filled with excellent recipes that won’t break the bank, and with an e-book and video resources that can be viewed on tablets and cell phones. All ingredients are readily available in stores and often people will have the majority of ingredients already in their home. We have created the simplest to follow paelo diet resource available anywhere.”

About Caveman Paleo Recipes:
Caveman Paleo Recipes eBook and Video has over 100 paleo recipes that are well described and include all the cooking times, serving and nutritional information. They have also put together with their chef paleo video recipes taking viewers through the process from start to finish, helping turn even the most novice cook into a paleo master chef.