CarGame.org.uk has created a section for car games that use the Unity 3D engine to bring a new level of immersion and game play sophistication to the popular flash game genre. 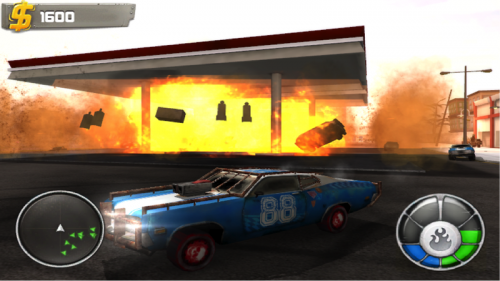 San Francisco, CA,, United States of America - - August 27, 2014 /MarketersMEDIA/ — Online flash games are a great source of entertainment for people who enjoy the simple game mechanics of classic console games and are seeking a distraction, whether at work or at home, that doesn’t require the long term commitment of marquee games on next generation consoles. Of these, Car Games are some of the most fun and rewarding experiences. CarGames.org.uk is a site that has been getting a lot of attention lately for its dedication to this branch of online flash gaming, and has now added a new area to the site for games powered by the new Unity 3D engine.

The Unity 3D engine allows games to be created in three dimensions, not the traditional two of flash games. This in turn allows the games to be more complex and realistic in their physics to provide a more rewarding experience, as well as providing richer environments.

The new section has been added to existing sections featuring racing games (http://cargames.org.uk/racing-games/) and bike games (http://cargames.org.uk/bike-games/) and already has over fifty games added by the editors, who painstakingly product test each game for its quality, relevancy and importantly its fun factor. The games represent some of those on the cutting edge of flash gaming, and have some of the most exciting experiences in store for new or avid flash gamers.

A spokesperson for Car Games explained, “The Unity 3D engine has really transformed what’s possible for flash gaming, and has made the games feel alive and fresh again for the first time a long time. Unity 3D has enabled indie game developers access to the kind of sophisticated physics that makes many of today’s best sellers so popular, and never has these been better employed than in the current generation of new releases in Car Gaming. The games we have added to our site offer hours of free entertainment and unique experiences, from racing to stunts, from the realistic to the fantastical.”

About Car Games: Car Games are one of the only sites to host only car games for those fanatics who don’t want to waste time searching through the many different genres of games. All games added to the site are played and only added if they are meet strict standards of quality and relevance.