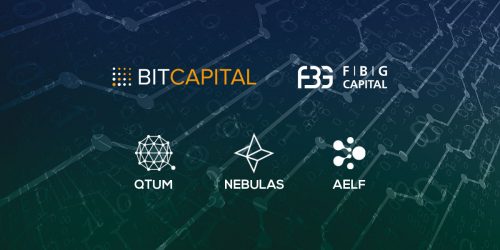 Vancouver, Canada - January 16, 2018 /PressReleaseAgency/ — Canada has just unlocked one more ‘world’s first’ title in the Bitcoin blockchain technology. This time, the historical milestone was achieved by Cascadia Consumer Electronics Corp. Cascadia, a Canadian publicly listed company in regards to the blockchain and fintech sectors.  Cascadia announced the completion of 425 bitcoin private placements valued at US$ 6.12 million or C$7.71 million in total, on December 29, 2017, just one short week after its initial announcement of such plan.

“The lightning speed of execution is in-line with the pace of development in the blockchain industry. This historical milestone was achieved by a team of our internal staff and external advisors who have shown their dedication and capabilities to address various regulatory, legal and technical hurdles. This also showcases the high level of enthusiasm and support from the industry investors. Cascadia will be able to accelerate our transition and expansion into the blockchain and fintech sectors, pending approval from CSE on our proposed business change.” said Rachel Wang, Chief Executive Officer of Cascadia in an official press statement, also announcing the completion of the private placement.

According to Cascadia’s public filing, several well-known Asian institutional investors specialized in the blockchain and cryptocurrency sectors, such as FBG Capital, BitCapital, ChainFunder, Qtum, Nebulas, and AELF participated in this round of Cascadia’s private placement.

“In recent years, many new start-ups are using ICOs or Initial Coin Offerings to raise the necessary capital.  However, cryptocurrency seems not very commonly used or accepted in the traditional capital market.  The Cascadia’s financing round entirely on cryptocurrency is the first-ever instance where there is a cross-over between the new fintech sector and the traditional capital market, proving that these two are not necessarily mutually exclusive from each other”, said a top executive of Cascadia at a recent press conference.

“Cryptocurrency is considered as a new form of digitalized representation on values of a project, a business, an asset or individual’s and institution’s wealth. This cross-over will have significant impact on the traditional capital market because the completion of a financing round entirely with cryptocurrency by a publicly listed company will attract many others to follow. This will not only increase the additional investment and funding sources for publicly listed companies under the traditional capital market, but also widely broaden the investment opportunities available to cryptocurrency holders.  It is not difficult to imagine that this is just the beginning of a new era and in the foreseeable future, it is likely to see more innovative and creative transaction structure involving both the traditional capital market and the new fintech sector”, added the executive.