Jerry Yu is distributing a new documentary that blows the lid off the scams and schemes that could leave many ordinary Americans destitute when the time comes to retire. Even the man who invented the 401k is WORRIED! 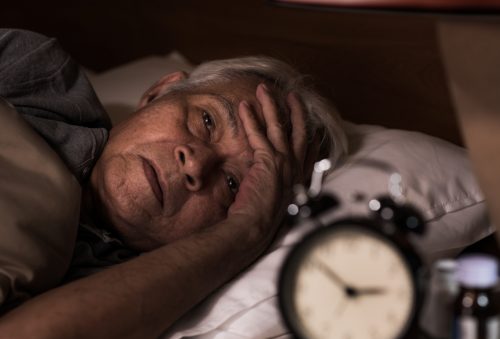 Irvine, United States - January 11, 2022 /MarketersMEDIA/ — For several years, retirement income specialist, author, and presenter Jerry Yu has observed the worrying trend of disappearing pensions in the United States. Yu suspects that many of the most stressful retirement issues facing Americans are a direct result of the loss of these private sector pensions.

Each year, as more companies end their pensions, they often replace them with "defined contribution plans" such as 401ks and IRAs. With no training and little assistance from employers, many American workers must now address the complicated task of designing and implementing their own retirement blueprints.

Since starting in financial services over 20 years ago, Yu has watched the percentage of workers covered by a traditional defined benefit (DB) pension plan steadily decline. According to the Social Security Administration, from 1980 to 2008, the number of Americans participating in direct benefit programs went from 38% to 20%. In contrast, the number of Americans participating in employer-sponsored direct contribution plans has increased exponentially.

Researching solutions to the difficulties faced by seniors looking to retire, Yu came across the new documentary The Baby Boomer Dilemma: An Expose of America's Retirement Experiment, written and directed by acclaimed independent filmmaker Doug Orchard.

"The Baby Boomer Dilemma" confirmed what I have long suspected about the American retirement crisis. Instead of giving workers a guaranteed, predictable source of income in the form of a pension, the majority of private employers have switched to 401ks and IRAs. In so doing, they shifted the burden of retirement success to employees who often lack the training and skills necessary to make solid money decisions, " says Yu.

After watching the film, Yu made it his mission to advocate for improved financial literacy among seniors by sharing The Baby Boomer Dilemma with as many people as he could...at no cost. "The information in this film is troubling, but it's essential knowledge for those 45-75 who are worried about running out of money before they die," he says. Jerry Yu has made The Baby Boomer Dilemma: An Expose of America's Retirement Experiment a core component of his outreach to pre-retirees.

This documentary is a provocative expose of America's failing retirement experiment and provides an unflinching look at corporate and public pensions, 401ks, IRAs, Social Security, and so-called "safe money" products. It doesn't hold back the truth about why many Americans will run out of money long before they die and what, if anything, can be done to avert this retirement disaster.

Click the link at the bottom to watch a preview of the film.

If you would like to view the entire documentary, Jerry Yu has a limited number of free tickets available to US residents 45-75. Contact him for more details.