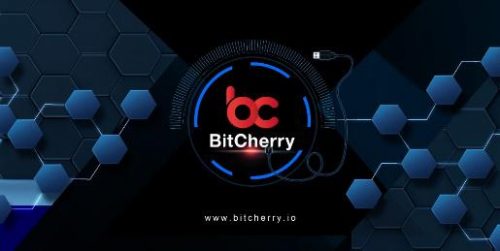 Singapore - June 17, 2020 /MarketersMedia/ — The rapid rise of blockchain technology has caused a distributed and decentralized network revolution in the world, but the industry's ecology is still in an incomplete stage. More and more practitioners are beginning to realize that in addition to technology, the structure of current technology ecology shouldn’t be underestimated too, so in this network revolution, it is particularly important to deploy a global market.

BitCherry is known as the world's first commercial scalable blockchain infrastructure based on IPv8 technology and its technical strength is obvious in the industry. The public blockchain field is currently still facing: low technical performance, serious main chain congestion problems, high development threshold, and single token usage scenario. BitCherry as an industry pioneer of this ecological field, targeted to propose a feasible solutions which are relied on its strong technical strength and building blockchain underlying infrastructure for enterprise projects in all areas. Through the introduction of high-quality resources, all practitioners can jointly explore the future development of blockchain technology. Now    they have successfully opened up a complete set of online and offline token payment system. Just in one year from a pilot project BitCherry became the global solution program.


With its profound technical strength, globalized ecological communities, BitCherry is continuing to attract the industry's interest. Currently BitCherry team had proposed "Globalization + commercial + ecology" three-dimensional integrated development strategy; the main goal of this strategy is to build a whole new form of block chain industry. In just one year BitCherry global community users has increased up to more than 1 million users, BCHC” turnover has exceeded 10 billion and created 300 times rise which is the miracle for the industry.  BitCherry also spread distributed business concept all over the world including the United States, Great Britain, Russia, China, France, Six Gulf countries, Japan, South Korea, Turkey, Indonesia, Vietnam and many other countries.

June 10, BitCherry project token BCHC officially listed on Poloniex- The Legendary Crypto Asset Exchange, this is one of the biggest digital asset exchanges cooperate d with BitCherry,  which is BitCherry’s another strategic plan after its list on UPEX- the Leading Cryptocurrency Exchange in the MENA, also another major step for BitCherry to achieve globalization process.
Meanwhile, Poloniex was very active to develop their Asia-Pacific market.  BitCherry is Singapore's block chain project; its large community based in the Asia-Pacific region will also give a huge support to Poloniex.

Currently, the development achievements of the blockchain are mainly reflected in the supplement or extension for the existing economic model. BitCherry three strategic concepts are "technology commercialization", "business globalization" and "ecological platform '. BitCherry team think that: the industry needs be more open, be equal to everyone; have freedom in ecological cooperation so the world's top industries will integrated of resources as a whole. So that it will build a global network architecture from multiple dimensions such as capital, technology, market, and business. All of the factors mentioned above will stimulate industrial transformation and promote the transformation of the commercial society. From this prospective, BitCherry may grow into one of the most trustworthy blockchain infrastructure platforms.