On March 27th Vivian Howard's new show "Somewhere South" is set to premier with the B&G Pies segment being part of the first show, 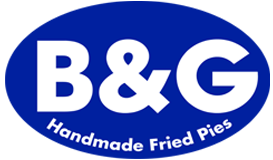 Winston-Salem, NC - March 25, 2020 /MarketersMedia/ — North Carolina chef, Vivian Howard, has recently announced the premiere of her new six-part series, “Somewhere South,” which takes viewers on a delicious, culinary tour of the traditions and cultures in the South. During the first segment, set to air on March 27th Howard will feature B&G Pies, which is a company offering pies that are part of the state’s history and tradition. B&G Pies owner and staff are proud to announce that their company will be featured in this series.

“I have followed Vivian Howard since moving back to North Carolina and opening my first restaurant,” stated B&G Pies owner Shannon Wilson. “My first interaction was at a speaking event where Howard was signing copies of her book, “Deep Run Roots.” It was during this event that my friend shared about my handmade pies and my 70-year-old company. At this point, we began a conversation and Mrs. Howard’s assistant wrote down my contact information. I never thought I would receive a call from a producer who would ask me to be part of this upcoming series.”

The Somewhere South mini-series is focused on folklore, the heritage of specific foods, and history. It’s focused on how breaking bread and sharing a meal can create a comfortable way to have a memorable and meaningful conversation. This is also the foundation of the business and belief system at B&G Pies.

“Throughout the years, sharing pie is an act that has helped people throughout the community create memories while opening generational divides,” continued Wilson. “Along the same way, I would shuck corn with my grandmother on the “breezeway,” pies provide that bridge from one generation to another. I think that Vivian’s shows touch on the heart of our customer at B&G – hard-working, family first, and never getting something for nothing.”

To learn more about the upcoming show on March 27th that features B&G Pies, visit the company’s website.

With seven decades of history and stories, B&G Pie Co. is considered a staple in the community. The pies are woven into the fabric of the families living in this area. Each pie is made with love and proven recipes to ensure delicious flavors and amazing conversations. The handmade pies offered by this company include Apple, Peach, Lemon, Chocolate, Cherry and a new treat, the no-bake oatmeal peanut butter treat hand-dipped in chocolate that’s called The D-Lish.