Beauty & Blood: A unique Metaverse in the potential GameFi store 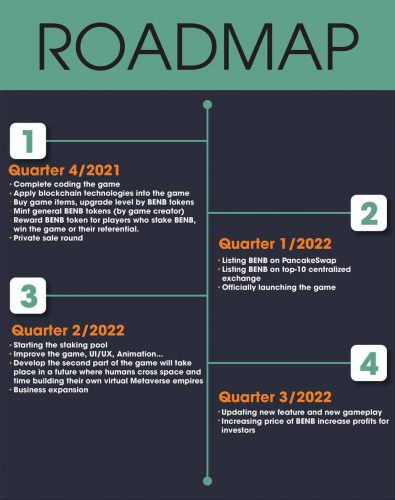 November 20, 2021 — Beauty & Blood is an NFT game that runs on the Binance Smart Chain platform. Game-play is inspired by the work of Three Kingdoms where the three countries Wei, Shu, and Wu are competing for power. Players are able to transform into a general of one of these three forces to build their own team; powerful army and use that army to obtain the dream of claiming the Three Kingdoms.

You will, in turn, recruit heroes who are famous generals in the Three Kingdoms, train soldiers, build strongholds and participate in fiery matches to bring back valuable spoils. As your position power increase, you can purchase more characters: select for yourself fine spouses so that you can have children and raise them to become the national geniuses. It is a real-life simulation game whose players can find themselves in the character.

Unlike many other NFT games on the market where players have to pay an upfront amount to build a squad at the start of the game, Beauty and Blood allows players to join for free.

Moreover, during the game, players also have the opportunity to receive rewards such as BENB tokens or extremely valuable NFTs, which can be exchanged via the marketplace system to help create a huge source of income for gamers. Therefore, in-game items released as NFTs will be unique and entirely owned by the player.

New player features
-Power: where your vigor dreams come true, you will become the one true king.
-Beauty: human lust after having power. Players can freely recruit spouses, spend romantic moments with them, give birth, and raise children to become the national genius.
-Retention points for experienced players: Maintain your strength and your stronghold & Efforts to recruit spouses, raise children, conquer territories.

Beauty & Blood token - $BENB
BENB is the representative Token of the game Beauty&Blood - released on the BSC (Binance Smart Chain) platform, this is also the token used for transactions in the Beauty & Blood ecosystem. Players will be able to earn $BENB as they play games, do assigned tasks in BEAUTY & BLOOD METAVERSE.

Experience real-life simulation game:
Some players, after playing the demo, have rated Beauty & Blood with eye-catching graphics, an attractive storyline, a diverse list of champions & game items. Gameplay features a lot of entertainment, the medium difficulty is accessible to most players, hardcore players fully able to earn huge daily income from completing quests, exchanging equipment and stacking in-game tokens.
The unique generals feature is highly praised by players, the game's characters are built according to the Three Kingdoms with a skill set associated with the quality in the original, showing the depth of gameplay as well as the meticulousness of the publishing team.

Development team
The multinational project development team is the highlight that makes many investors trust Beauty & Blood. The developers are all well-earned reputation with long experience in the field of Game FI as well as Cryptocurrency who have worked and collaborated on large and successful projects namely UBISoft, Tencent, Binance Labs…

An opportunity not to be missed
Beauty & Blood is a potential project since the game is 91% complete and has received a lot of attention from big investors. With impressive Gameplay, an experienced development team and a great Backer cast, Beauty & Blood will surely make great strides and breakthroughs in the near future.
For more information please join the official website at https://beautynblood.io