Cops who failed to cross check information they received resulted to the harm of one family of six. The case was dismissed but Attorney Mitchel Ashley was determined to give the family the justice they deserve. Case is reopened and resumes trial early 2017. 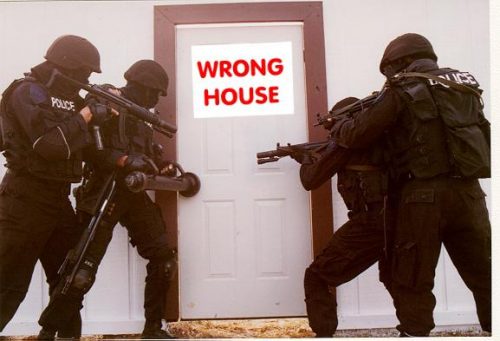 New York, United States - December 7, 2016 /MarketersMedia/ — On the evening of May 18, 1994, police arrested a man for possession of crack cocaine. On the following day, this individual agreed to furnish the officers with information concerning narcotics sale trafficking in the area of his arrest. The arresting officer, Brian Washington, did not look into the background of this individual to see if he was registered as a confidential informant, or make any attempt to ascertain the credibility of this man. Regardless of the lack of background information on this individual and the fact that there was no attempt to determine his credibility, Nicholas Witkowich, then captain, approved the application for the "no knock" search warrant based on a very vague "lead" from the man in their custody.

The information provided by this impromptu informant was that he had received the drugs in question from a skinny five-foot eight-inch male Hispanic, approximately 20 years of age, referred to only as "Green Eyes," in an apartment at 1065 Manor Avenue in the Bronx. What is alarming here is that he did not furnish the apartment number where "Green Eyes" could be found. Rather, he told the arresting officers that "Green Eyes' " apartment was the first one on the left after exiting the elevator on the fifth floor and turning left. He further stated that the door to the apartment was brown, and that the windows of the apartment faced the rear of the building. He described the other occupants of the apartment as a female Hispanic called "Shorty" and a female infant. He specified that no dogs were present in the apartment and that "Green Eyes" possessed two guns, a 9 millimeter handgun and a Tech 9 semiautomatic and said that the dealer sold drugs from the apartment from midnight to 8:00 a.m.

Not only did the officers not conduct an investigation to corroborate the information, they did not conduct any surveillance to see if the drug sales that their informant outlined actually were taking place. They never tried to confirm the identity of the apartment's occupants by speaking to the superintendent of the building or other residents. In fact officer Washington testified at trial that he did not know of any evidence that would corroborate what the informant had told him concerning drug dealing from the subject's premises.

As a result of this lack of investigation, in the middle of the night, more than a dozen armed police officers broke down the door of an apartment where a young mother and her five children were sleeping. They were executing a "no knock" warrant. The officers handcuffed the mother and the children and held guns to their heads while they searched what turned out to be the wrong apartment. The officers had obtained evidence which failed to meet the standard that would allow for such an invasive entry and search of a residence. The family's attorney, Mitchel Ashley of NYC tried the case for a month during which time the judge made an incorrect ruling and then made the decision to throw out the case entirely.

Ashley was determined not to let this traumatic event go unchallenged in which the family didn't even receive an apology from the authorities. He continued to petition the appellate court to reopen the case. Just this week, the court made their decision to grant this family a new trial which will happen early 2017.

The Ashley Law Firm is formed by a group of experienced lawyers who specialize in different areas of the law. Mitchel Ashley is the driving force of the firm, who is experienced in the Personal Injury Field. The Ashley Law firm is built on the ideals of hard work, dedication and integrity. This has steered the firm into fruitful relationships with clients and the rest of society.