Attorney Derek Pakiz, the lead trial lawyer at The Reeves Law Group has been selected by The National Trial Lawyers organization to be a member of its Top 100 Trial Lawyers. 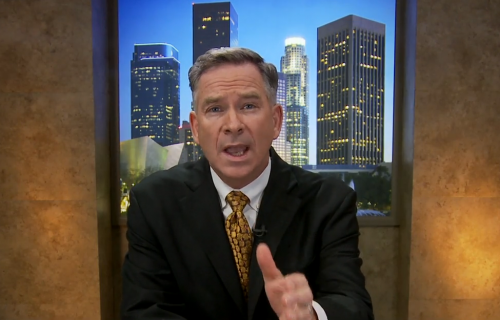 Los Angeles,, USA - - July 7, 2014 /MarketersMEDIA/ — Attorney Derek Pakiz, the lead trial lawyer at The Reeves Law Group has been selected by The National Trial Lawyers organization to be a member of its Top 100 Trial Lawyers.

Pakiz is now in company with a premier group of attorneys who practice in civil plaintiff litigation. He was selected “because of his performance as an exceptional trial lawyer in the practice area of civil plaintiff law,” according to the organization.

“The National Trial Lawyers is a professional organization of America’s top trial lawyers. Membership into the organization is by invitation only and is extended to those individuals who exemplify superior qualifications, trial results and leadership in their respective state or major geographical area,” according to Executive Director Michelle Swanner.

Since the 1980s, Pakiz has practiced exclusively in the field of personal injury law, representing victims of other people’s negligent and wrongful acts. Pakiz’s work encompasses a wide range of personal injury cases, with a special focus on catastrophic injuries such as traumatic brain injury, paralysis, amputation, and wrongful death. His expertise has garnered top trial results, including numerous million-dollar outcomes, during his illustrious career.

His stature in the field of personal injury has been recognized numerous times throughout his career. These recognitions include:

- Diplomate Accreditation, awarded by the American Association for Justice (the largest trial lawyers association in America). Only about 100 plaintiffs’ lawyers have been so recognized nationwide.

- Certification as Specialist in Civil Trial Advocacy, awarded by The National Board of Legal Specialty Certification. Only 100 of the nearly 250,000 attorneys in California hold this distinction.

Currently, Pakiz is one of only three attorneys in the country who hold both the AAJ Diplomate Accreditation and the California Civil Trial Advocacy Certification.

- Recognized by Super Lawyers magazine from 2012-2014. Attorneys are nominated for this recognition by their peers. Each year, fewer than 5 percent of attorneys from each state are selected.

- Member of the Melvin M. Belli Society, an organization of accomplished trial lawyers that grant membership by invitation only