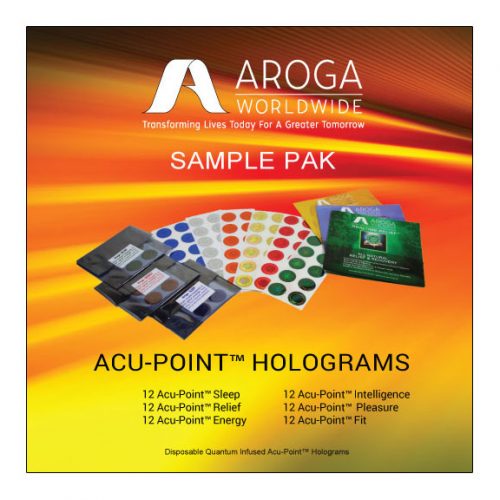 Seattle, WA, USA - September 12, 2016 /MarketersMEDIA/ — Aroga Worldwide, based in Ontario, Canada, announced today that Aroga has signed an agreement with Florida based, Travel Industry Pros (TIP), to form a Joint Venture. The framework of this agreement provides for TIP to offer discounted Hotel accommodations to Aroga’s Customers and gives Aroga’s Global Sales Force an additional product offering. For a low monthly membership of around $20, members can take advantage of up to 50%, or more, in savings when booking stay at 4-Star Resorts, all over the world, with access to to 350,000 Hotels.

Aroga Worldwide has been enjoying an impressive growth curve after entering the Direct Sales Industry, little more than 1-year ago. Since then, Aroga has expanded its Acu-Point Hologram distribution into 138 Countries, opened new offices in South Africa, acquired a new Global Payment System, and signed several major agreements, all of which provide for acquiring large groups of customers for Aroga’s products and services.

Although Aoga Worldwide is a relatively new entity, the Aroga Group of Companies, six companies in all, have an impressive and lengthy history. Aroga Technologies being the oldest, is a 28 year old company that provides products and services for low-vision and blind individuals, all around the world. There are five other divisions, all under the umbrella of Aroga Holdings Corp (publicly listed and soon to be publicly traded), including Aroga Worldwide, Aroga Media, Aroga Academy, Aroga Starnix, and Aroga MLSS.

In August, Aroga CEO, Grove Bennett, traveled to South Africa to complete an Agreement with South African Based, Twelve Apostles Church in Christ (TACC). The SLA (Service Level Agreement) between Aroga and TACC, provides for TACC to acquire 250,000 Acu-Point Hologram customers within the first six months of the agreement. The plan includes beginning distribution in South Africa, but will also include expanding distribution into other African countries, and ramping up distribution to over 1 million customers within the first twelve months, with expected annual gross revenues to exceed $40 Million USD from sales in Africa, alone. Mr. Bennett is planning an additional trip to Africa on September 15th, to oversee expansion of Aroga Africa into the countries of Nigeria and Zimbabwe. During this expansion trip, Mr. Bennett is scheduled to attend a special Thanksgiving Service with Chief Apostle, Professor Caesar Nongqunga and TACC Members.

Aroga’s Joint Venture with Travel Industry Pros will give Aroga’s current customers the opportunity to try out TIP’s travel portal for free for the first 30 days. During that time, free members can book an unlimited amount of discounted Hotel accommodations. After the 30 day free trial, if a member decides to continue using the portal, there will be a monthly membership charge of $20. The agreement also provides for Arogas’ Sales Force to earn ongoing residual commissions from global membership sales.

According to TIP, CEO, Fernando Laguda,TIP fulfills for its distributors and customers through Airline Promotions, Inc. (API). API, is a full-service accredited independent travel agency. At its Fort Lauderdale, Florida, headquarters it maintains its Sabre equipped reservations and in-house customer service. The TIP Executive Team has the international leadership and management experience and API infrastructure and customer service platform to support and add over one million affiliates to Aroga by the end of 2017.

The recent agreements with Africa’s TACC, and TIP, are just two more key pieces in Mr. Bennetts Global vision for the Aroga Group of companies, which includes creating a more synergistic relationship between all of the Aroga companies. For example, Aroga Worldwide also recently made an agreement with its Sister Division, Aroga Media, to market the Google Docs for Business Platform and make it available to Aroga’s Global Distribution Force. Aroga Media is an authorized reseller of the robust Google platform.

“I envision Aroga Worldwide, as a new-breed of Direct Sales company. Our partners and customers around the world need relevant products, and powerful business and communication tools. With the support and synergy between our Aroga Family along with our joint-venture partners, we plan to grow Aroga Worldwide into a Global entity that provides unique opportunities for our Partners and Customers. We want to establish the Aroga Group as the “Go To” opportunity for Health, Wealth and Lifestyle.”
~ Grove Bennett

Aroga Worldwide, Announces Signing Of Agreement With TACC, Of South Africa, And Opens Its Newest Division, Aroga Africa, In Durban