The $35 billion U.S. concert industry has been shaken due to Covid-19, with companies such as Fortnite, WaveXR, and Anifie stepping into the void. 45 million viewers watched 5 virtual Travis Scott concerts by Fortnite, while Anifie launched its interactive music concert app. 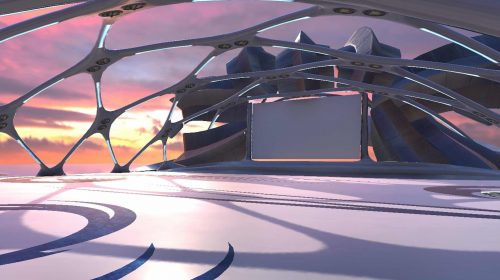 Anifie is an exciting 360-degree fan, faith, and music experience. With Anifie, attend a virtual concert by choosing your own avatar, bring along your friends and family and move around the venue all from the palm of your hand.

The massive U.S. concert industry has been shaken due to Covid-19, with live venues at a standstill. The $35 billion industry and much of the world have migrated online, with video games and virtual concerts filling the void. This burgeoning category includes companies such as Fortnite, StageIt, and Wave XR. Over 45 million viewers reportedly attended 5 virtual Travis Scott concerts, and Lil Nas X’s event drew over 33 million. The potential growth opportunities are unlimited, and Anifie expects to become a dominant player with its unique concert experience.

Until now, music performances were merely viewed passively, in two dimensions. Anifie has created a multi-dimensional world-class concert venue, bringing you and your favorite artists together in a way never before imagined.

While Fortnite has been removed from the Apple and Google marketplaces due to an ongoing battle over app store fees, Anifie is a non-gamer friendly global interactive music app enjoyed from your own home on your own smartphone.

“At Fortnite, they play. At StageIt, they listen. At Wave, they stream. At Anifie, you engage, you immerse, you dive into the music and fun. We don’t just look up to the artist, we lift up the artists”, according to Patrick Woodland, Vice President of Anifie and renowned composer for film and television. He adds, “At Anifie, you can give back to the artists and bands who’ve given so much to you. Your moves, your energy, and your encouragement make their dreams come true too. Anifie allows you to support your favorite musicians and let them know they matter to you.”

John Oetjen, Anifie Vice President and Grammy-winning producer notes, “Anifie is a place full of possibilities. Stroll directly up to the stage. Wander over to the lounge, chat, and share your thoughts with friends while the concert plays throughout the pavilion. Anifie lets you access legendary artists, iconic bands, and the world’s greatest inspirational music with the people you love, all in one easy to navigate app.”

“Our efforts predated the Covid crises,” according to Woodland, “Anifie is here for shut in’s, for those with travel limitations, for times like these. True interactive music and community can heal the broken, lift spirits and bring people closer together with unforgettable moments”.

Oetjen also notes, “our connection to live music has been disrupted, we’re here to disrupt the disruption, No masks, no six feet, we’re all together again… music, concerts, fellowship, right now.”

Upkey, a Chicago startup offering free online resources to help students with career-readiness, provided pre-vetted young stars to Anifie to understand how music fans want their favorite artists to succeed. “We are pleased that our young leaders can contribute to iconic musicians through Anifie,” says Emmanuel Ndifor of Upkey.

Anifie is here to enable fans to not just listen, but to use their voices to support and give back to artists and bands. Those artists have been waiting, writing, and trying to find a way back to their followers as well. Anifie is the place where friends, fans, and the stars themselves align.

It’s time to reconnect with your favorite concert artists and bands. Let the music inspire you while you encourage and support the musicians you love in the land of Anifie.

About Anifie
Anifie, The Interactive Music Concert App. A deeply immersive musical experience, Anifie brings us the music and brings us together – all on our phone or tablet.

About Upkey
Upkey provides free online educational resources to students ranging from high-school to university. Upkey focuses on making professional growth fun, easy, and accessible to everyone through gamified modules. The goal of Upkey is to create equal opportunities across the board and provide underrepresented students the tools needed to be successful in their career paths. Those interested in learning more can visit www.upkey.com.