The much buzzed about soap opera style series follows the lives of three leading men as they navigate dating, sex and love in Harlem, New York City . 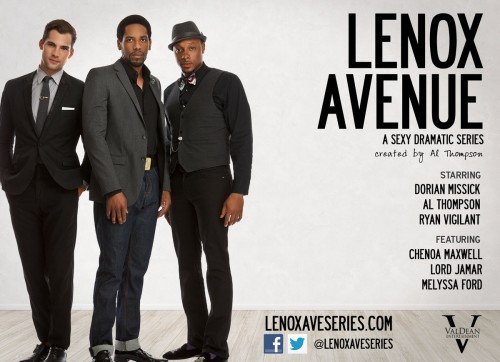 "Lenox Avenue" is a new webseries based in Harlem, New York City that characterizes three men and their pursuits in sex, love and dating. The three leading men are best friends as well as professionals in their field who struggle with the challenges of balancing personal life and their careers.

Lenox Avenue was created by ValDean Entertainment, the same production company which was founded by the Royal Tenenbaums and star of "Lenox Avenue", Al Thompson. The episodes all showcase the multicultural diversity of Harlem in addition to its rich history in conjunction with story lines about the engaging characters.

Al Thompson, who is originally from Harlem, shared in an interview that Harlem is a melting pot and over the years, intercultural expansion became more evident. He further stated that he was happy to showcase this cultural diversity that Harlem is known for and he felt the timing was fitting for a TV series to be set in Harlem.

When the series trailer was released, the response was overwhelming and "Lenox Avenue" received tremendous reviews at various film festivals and from fans on social media.

"Lenox Avenue" can only be viewed now. New episodes are being released monthly. Be sure to catch the latest episodes along with exclusive behind the scenes footage of this exciting new series by visiting http://www.LenoxAveSeries.com.