Do you want more traffic and exposure? Get on APNews now
Sign Up Your Account Send Press Release
MarketersMEDIA / Newsroom / After Bitcoin, the next public chain myth in the mining field – ACH came into being!

After Bitcoin, the next public chain myth in the mining field – ACH came into being!

ACH network, the first cryptocurrency based on a provably secure and scalable public blockchain design, using POW proof of work and DPOS proof of stake mechanism. 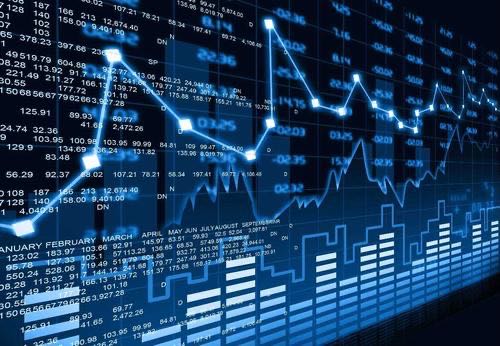 June 30, 2020 /PressReleaseAgency/ — Blockchain technology has set off a storm all over the world since 2008. The blockchain industry began to provide blockchain solutions for real-world services. In our project, we built a proof-of-work protocol based on the ACH network consensus protocol, and evaluated how the main applications run on the underlying platform. In addition, in order to demonstrate some of its functions we have created our own ACH network.

We design and implement the ACH network, which is the first cryptocurrency based on a provably secure and scalable public blockchain design, using POW proof of work and DPOS proof of stake mechanism. However, PoW has serious limitations, weakening its potential to enhance the distributed economy, and has been criticized for its slowness, large energy consumption, and high transaction fees. Unlike Bitcoin based on proof of work, our structure uses two types of mechanisms, computing power and voting (ie, voting rights).

Automatic clearing HighSpeed ​​(referred to as ACH), ACH public chain is an independent public chain developed by the ACH R&D team for three years and spent more than 80 million. It fully executes the contract on the chain, the data is open and transparent, and can be traced and queried.

ACH is a new encryption currency based on the ACH algorithm, which can effectively resist ASIC and avoid the concentration of computing power. ACH also innovatively adopted the Cpow mining mechanism, which restricts access to mining participation. Through this mechanism, power monopoly can be effectively avoided, the amount of digital currency flowing into the market can be reduced, and the income of miners can be increased. There is no longer competition for absenteeism, but cooperation, which makes ACH safer and more trustworthy to stimulate continued price growth.

In order to build a social consensus, ACH adopts a 360° three-dimensional "computing power leasing + POW work proof + DPOS equity proof + on-chain application scenario + well-known exchange" as an integrated business model. It has been logged in BIKI Exchange and will gradually Log in to well-known trading platforms such as American Big B, Huobi Exchange. ACH is committed to technology upgrades and scene applications. ACH will develop multiple necklace application scenarios in the future.

ACH is not only a new type of cryptocurrency, but also a reorganization of traditional mining. It subverts the traditional concept of mining and can effectively solve the following problems:

2. Malicious destruction—The CPOW mining mechanism adopted by ACH can reduce the number of market circulations, increase the currency holdings of miners, and prevent miners from mining for the purpose of sales, which inadvertently causes malicious destruction.

4. To increase the ACH mining rights of miners, ACH must be held and stored in the wallet in advance to obtain higher interest. ACH is more like the protection of miners' rights. Only holders can enjoy high returns, and without holding ACH will not be able to obtain high profits.

In order to better understand how centralization affects double spending attacks in the blockchain, mining pools and miners are considered in the ACH algorithm. We found that centralization is harmless to the network against double-spending attacks on mining rights. These findings are based on the fact that the larger a pool is, the more it loses if the network crashes. Therefore, even if a large mining pool can perform mischief, it should not be so willing to do so. Our model is stylized, it will make large mines or alliances get more economic profits.

In summary, ACH has made significant progress in scalable public blockchains. It provides an unparalleled increase in POW throughput while maintaining the global hash rate. The confirmation delay of the ACH network is also significantly reduced from the traditional POW, and may be lower than the POS system. The ACH network has achieved these advancements while maintaining the core trust and decentralization of POW.