Since its founding in San Antonio several years ago, ACES has continued to grow in market share every year. Revenue and client numbers have expanded many times over, with 2020 on track to be the company’s best year yet in the thriving Houston market 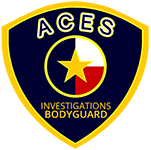 Houston, United States - May 19, 2020 /MarketersMedia/ — The Houston office of ACES Private Investigations recently reported an exceptionally strong first quarter of 2020, with business continuing to pick up despite the coronavirus pandemic that’s currently threatening Texas and the rest of the United States.

Investigations and company revenue were up significantly in 2020 compared to the same period a year ago. Reasons for the company’s continued growth in the south Texas marketplace include a greater name recognition, a significantly larger number of client referrals and the addition of several key investigators to the company’s staff, according to officials.

“We realize that the state and country are going through a tough time right now, but we feel extremely fortunate that our company hasn’t been adversely affected thus far, as so many others have been,” says Henry Mota, founder and lead investigator of ACES Private Investigations. “We’re still working hard for our clients and will continue to do so through this tough time, with expectations for an even brighter future still to come.”

With locations spread throughout the United States, ACES Private Investigations is one of the fastest growing private investigation firms in the country. The company’s office in Houston is one of its largest, with an exceptional team of investigators working tirelessly for clients in southern Texas.

Since its founding in San Antonio several years ago, ACES has continued to grow in market share every year. Revenue and client numbers have expanded many times over, with 2020 on track to be the company’s best year yet in the thriving Houston market.

“All of us at ACES have put our heart and soul into this business. We think of our clients as family and we give 100 percent every day to ensure that the trust they place in us is not misguided,” says Mota. “Everyone on our team has a vested interest in the success of our company, and that shows in our hard work and the dedication we give to our clients.
“We’re excited to be a vital part of the Houston community and we plan on being here in south Texas for many years to come.”

The company was founded in San Antonio, Texas, and now also boasts offices in Dallas, Austin, Corpus Christi, Las Vegas and Tampa, in addition to Houston.

ACES is licensed, bonded and insured and the company is also a member of the Better Business Bureau, Texas Association of Licensed Investigators (TALI), and The World Association of Detectives (WAD) .

Agents who work for the private investigative firm boast an average of 15 years of experience in law enforcement, the United States military, or often both.

The Houston location of ACES Private Investigations is located at 1001 Texas Avenue. This office serves individuals and businesses in all of the greater Houston metropolitan area.

To learn more about ACES Private Investigations in Houston, call 281-404-4366 or visit https://acespihouston.com