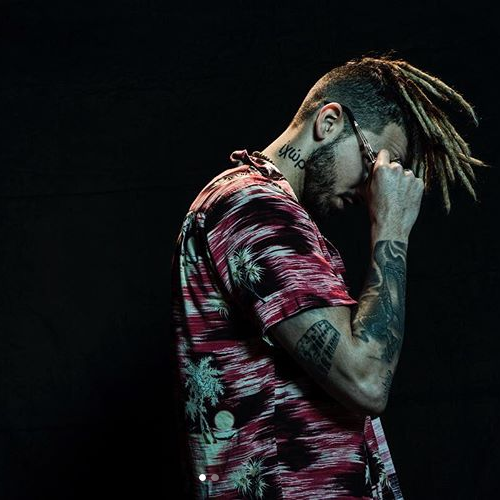 Miami - January 31, 2019 /MarketersMedia/ — Up an coming DJ/Producer MAAHEZ is pleased to announce Single Release party at Hollywood nightclub "Poppy" Monday feb 4th. As a cutting-edge Hybrid-artist DJ/Producer born in Cuba, MAAHEZ grew up Miami. This LA-based musical genius is changing the future of main stream music, building cultural bridges with the next wave of up and coming urban artists from all over the world. 25 years old MAAHEZ has built a strong fan following with more fans coming online every day. He offers a unique alternative to mainstream music, which sets him apart from other Djs.

In addition his latest deal with Universal Music Group, MAAHEZ has been featured on Peak Hour Music, Sony Music Latin, La Clinica Records, and Ultra Records as well as a publishing deal with Warner Chappell. Creating waves around the globe, and on social media, his latest track was the hit of this year’s EDM festival. MAAHEZ is also a social media influencer whose latest tracks can be hear on Spotify.

As a fourth-generation musician, MAHEEZ began his musical journey with a rock bank at the turn of the century. His DJ career began in Miami in 2007, where he made the acquaintance of the famous celebrity Pitbull. Later his collaboration with Pitbull opened the doors for him to become a pioneer in the EDM genre. He quickly rose to fame with the release of his first single "Bring Me the Fire" which was a favorite on radio and received a number of accolades. As a songwriter, he debuted "Fiya Blaza" featuring Jamaican artist Chirs Marsh and GTA in 2016. Many more official releases are coming soon, on the heels of "Papeles" featuring Lary Over, Yashua, Menor & Alej under Universal Music Group label After Cluv.

“We turnt up in the studio late night that’s why the songs that you’ll hear coming real tight. Soooooo proud to join the team at I’m officially the newest addition to Universal Music Group sub-label After Cluv following my music publishing deal with Warner Chappell! Our team keeps getting stronger and I couldn’t be more thankful HARD WORK PAYS OFF!!!” – MAHEEZ

About Maahez: MAAHEZ, born Mauro Menendez, is from Havana, Cuba. As a DJ, Music Producer, Song Writer, and Musician, MAAHEZ has been feature on labels including Universal Music Group, Peak Hour Music, Sony Music Latin, La Clinica Records, and Ultra Records. His latest release was an official remix with Gashi, DJ Snake, and French Montana that made a lot of noise on the main stages in the EDM festival scene. His highly anticipated single and music video features Lary Over, Yashua, Alej & Menor Menor.