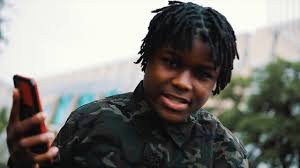 The Texas born singer-songwriter continues to make a name for himself in the ultra competitive rap music industry, with 16 songs now under his belt.

Strait has been writing and performing for years but really burst onto the scene early in 2020 with his critically acclaimed hit “Killers in the Street,” which is centered around the message of curtailing violence in American cities.

“Hot” is performed using Marquail’s affinity for the auto tuner and is the teenager rapper’s most popular music video to date.

“I’ve loved the auto tuner ever since I started listening to the music of Travis Scott a few years ago,” says Marquail, who wrote his first song as a 10-year-old fifth grader. “I feel like it makes my music more unique and memorable, which I really like.”

Building on the momentum of both “Killers” and “Hot,” Marquail plans several new releases before the end of 2021. While he’s not giving any clues about what’s in the pipeline, he promises more of his unique style and songs that are bursting with meaning and purpose.

“I like my music to have a message and that’s really just to make the world a better place,” says the teenage rap star. “It needs to be fun to perform and to listen to, but I also want people to feel that it has a purpose. I always keep that in mind when I’m writing new songs and I hope that comes through in my music.”

To learn more about the unique style and music of San Antonio’s newest up and coming rap sensation, visit marquailstrait.com or follow him on Facebook at facebook.com/marquail-strait.